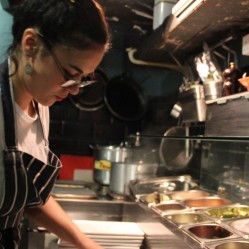 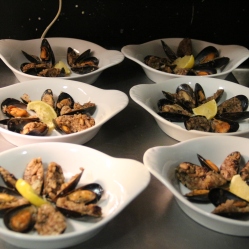 On the 24th October, Topik catered for a fundraising event for Dying to Divorce which is a brand new documentary about the women fighting domestic violence in Turkey.

As a part of the crowdfunding campaign, Topik – Food Without Borders organised a meal in collaboration with the filmmakers at L’atelier Dalston. As a Topik’s Chef, I curated a unique three course menu especially for the event, inspired by diverse cultures of the Ottoman Empire including Istanbul Greek, Armenian, Circassian, Black Sea region cuisines.

The night was in honour of all the women who died trying to leave their partners.

Many thanks to everyone who came out to dinner event in support of Dying to Divorce.